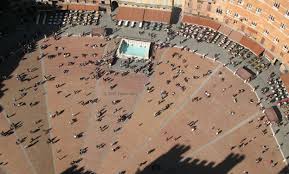 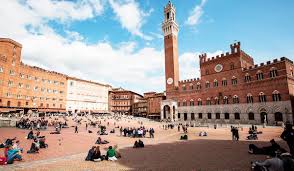 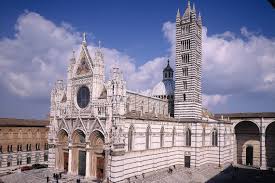 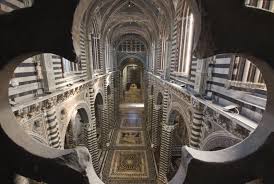 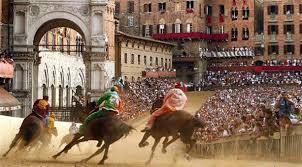 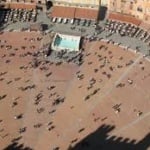 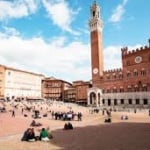 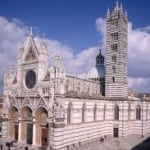 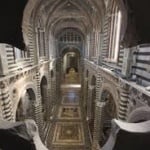 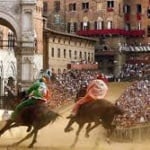 The historic center of Siena has been declared by UNESCO a World Heritage Site. It is one of the nation’s most visited tourist attractions, with over 163,000 international arrivals in 2008. Siena is famous for its cuisine, art, museums, medieval cityscape and the Palio, a horse race held twice a year. The Siena Cathedral (Duomo), begun in the 12th century, is a masterpiece of Italian Romanesque–Gothic architecture. Its main façade was completed in 1380. The original massive basilica, the largest then in the world, with, as was customary, an east-west nave. However, the scarcity of funds, in part due to war and plague, truncated the project, and the Sienese created a subdued version from the original plan’s north-south transept. The east wall of the abandoned original folly of a nave still stands; through an internal staircase, visitors can climb for a grand view of the city.