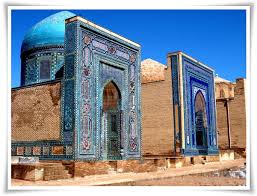 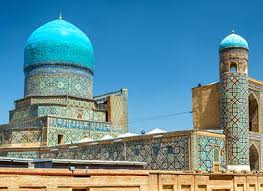 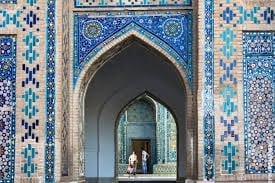 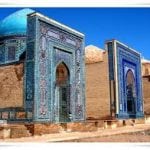 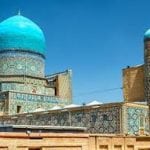 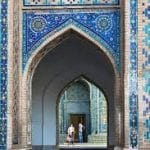 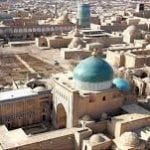 Samarkand is a city in south-eastern Uzbekistan and one of the oldest continuously inhabited cities in Central Asia. There is evidence of human activity in the area of the city from the late Paleolithic era, though there is no direct evidence of when Samarkand was founded; some theories propose that it was founded between the 8th and 7th centuries B.C. Prospering from its location on the Silk Road between China and the Mediterranean, at times Samarkand was one of the greatest cities of Central Asia. Samarkand is a cross of world cultures for over two and a half millennia, and is one of the most important sites on the Silk Routes traversing Central Asia. If there is a jaw-dropping glitzy blue in Central Asia, a lot of it would be concentrated here especially on the tiles, a UNESCO World Heritage Site. Its layered history is colored by such personas as Alexander the Great, Genghis Khan, Amir Timur, and others, evoking a sense of grandeur, beauty, culture, and definitely the weight of time. Hence, a visit here is a must.