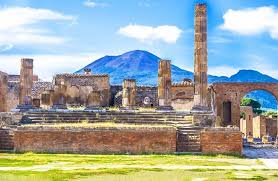 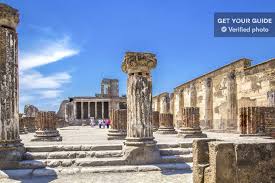 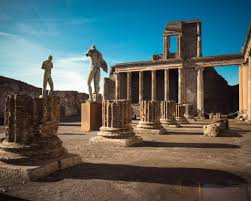 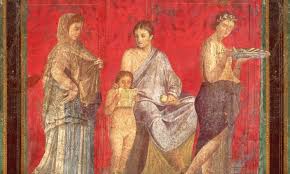 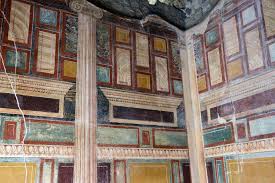 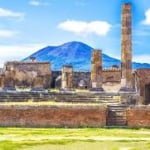 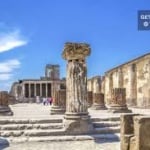 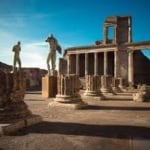 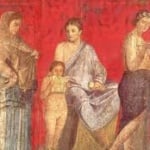 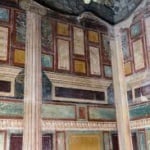 Pompeii was an ancient Roman city located in the modern comune of Pompei near Naples in the Campania region of Italy. Pompeii, along with Herculaneum and many villas in the surrounding area, was buried under 4 to 6 m (13 to 20 ft) of volcanic ash and pumice in the eruption of Mount Vesuvius in AD 79. Largely preserved under the ash, the excavated city offers a unique snapshot of Roman life, frozen at the moment it was buried and providing an extraordinarily detailed insight into the everyday life of its inhabitants. It was a wealthy town, enjoying many fine public buildings and luxurious private houses with lavish decorations, furnishings and works of art which were the main attractions for the early excavators. Organic remains, including wooden objects and human bodies, were entombed in the ash and decayed leaving voids that archaeologists found could be used as moulds to make plaster casts of unique and often gruesome figures in their final moments of life. The numerous graffiti carved on the walls and inside rooms provide a wealth of examples of the largely lost Vulgar Latin spoken colloquially at the time, contrasting with the formal language of the classical writers.
Pompeii is a UNESCO World Heritage Site status and is one of the most popular tourist attractions in Italy, with approximately 2.5 million visitors annually.