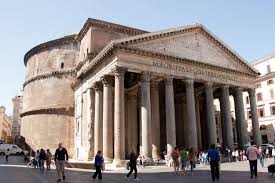 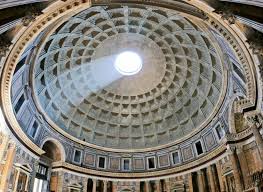 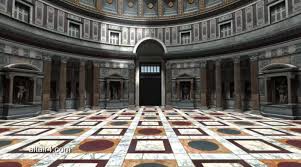 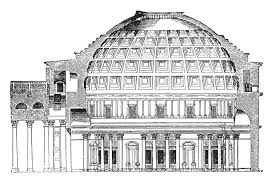 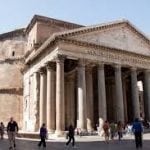 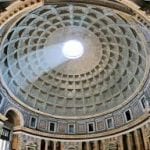 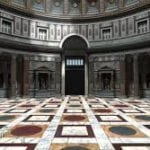 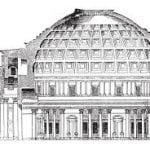 The Pantheon of Agrippa, also known as the Roman Pantheon, is one of the architectural masterpieces of the Italian capital. It is the best preserved building from ancient Rome. It was founded in 27 a.C. dall’arpinate Marco Vipsanio Agrippa, son-in-law of Augustus. One of the oldest buildings built with  lime plaster and still perfectly up. The most surprising aspect of the architecture in the Pantheon is its measurements: the circular building has exactly the same diameter as its height: 43.5 metres. The dome, which has the same diameter, is bigger than that of St. Peter’s Basilica. At its top, a 9 meter diameter opening allows natural light to illuminate the entire building.