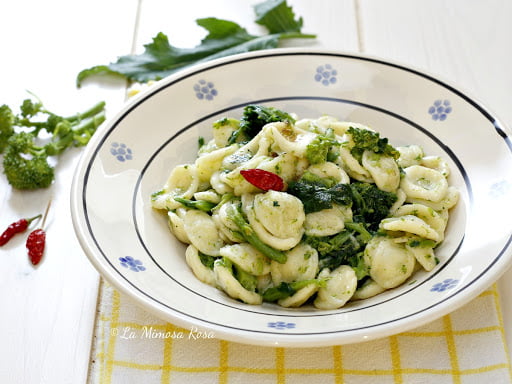 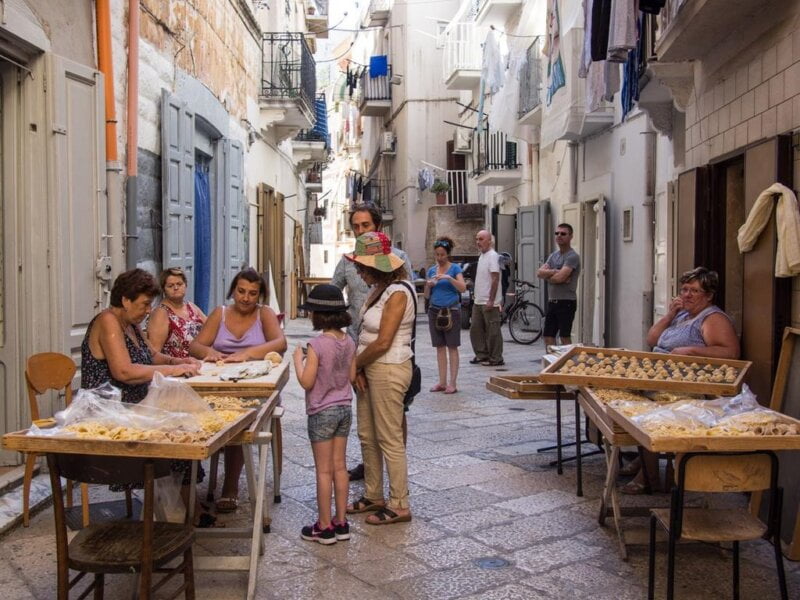 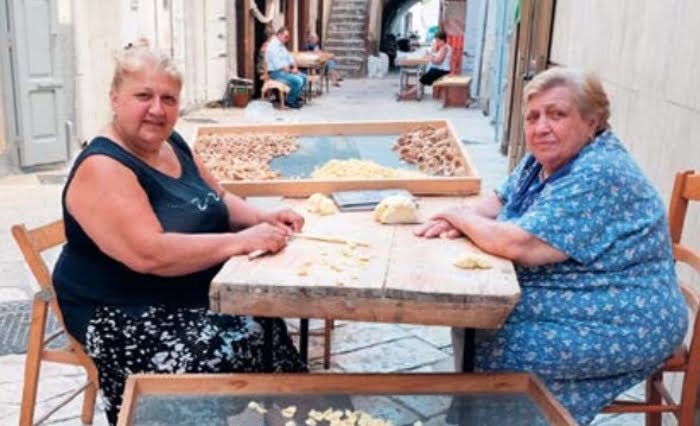 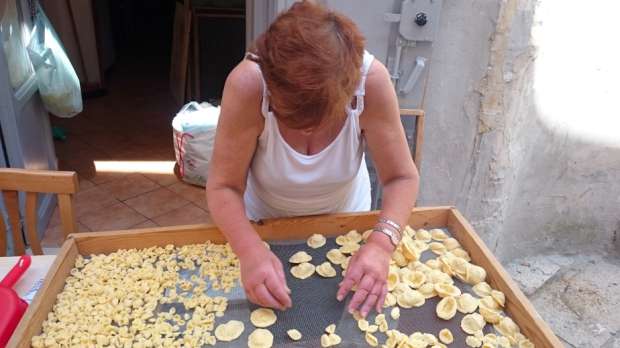 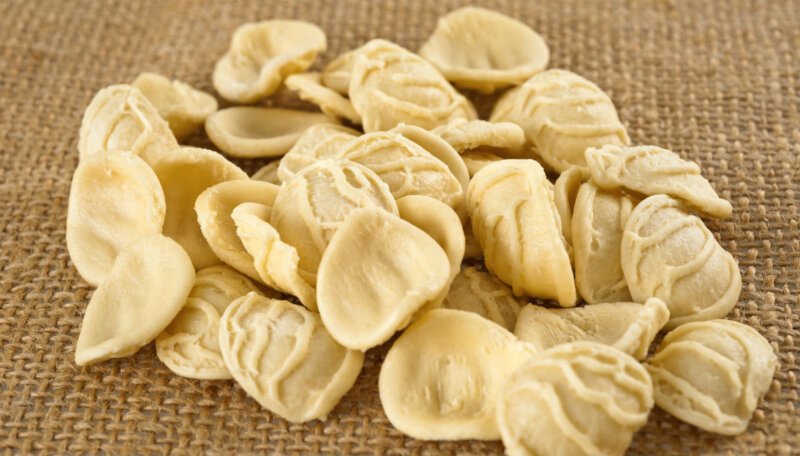 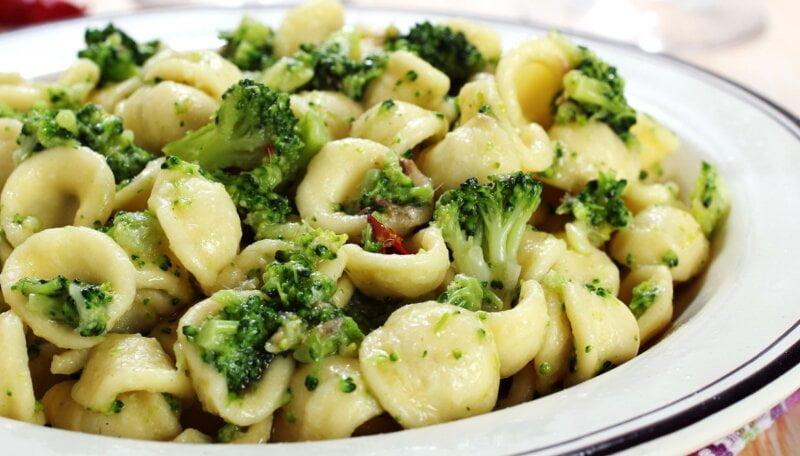 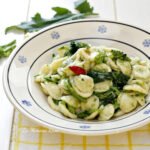 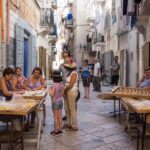 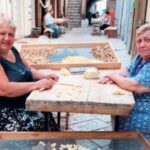 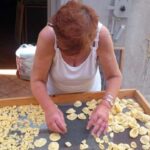 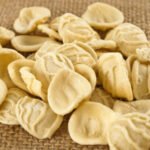 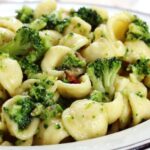 Orecchiette are a pasta typical of Apulia, a region of Southern Italy. Their name comes from their shape, which resembles a small ear. An orecchietta has the shape of a small dome, with its center thinner than its edge, and with a rough surface. Like other kinds of pasta, orecchiette are made with durum wheat and water. Eggs are rarely used. In traditional Southern Italian home cooking, the dough is rolled, then cut into cubes. Each cube is pressed with a knife, dragging it on the board and making it curl (making a cavatello). The shape is then inverted over the thumb. Orecchiette are eaten with broccoli, turnip tops, mussels and mushrooms. Each Apulian family has its own recipe that is handed down from mother to daughter. According to distinguished scholars of Apulian food and wine orecchiette would have originated in the territory of Sannicandro di Bari, during the Norman-Swabian domination, between the 12th and 13th centuries.