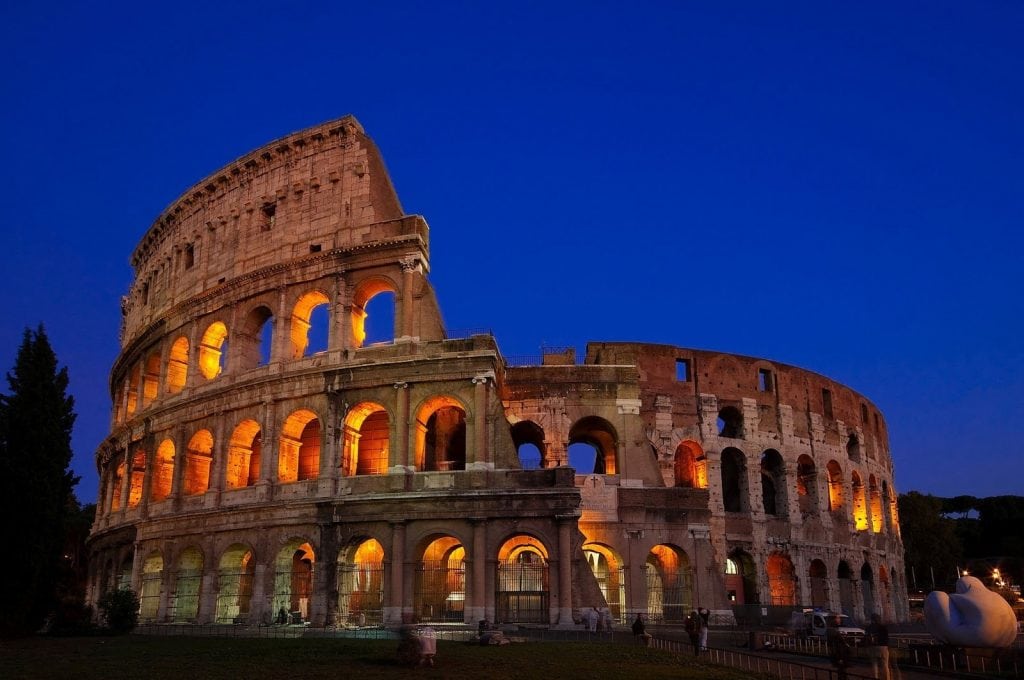 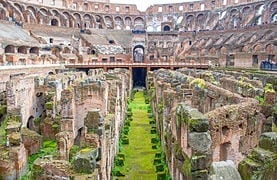 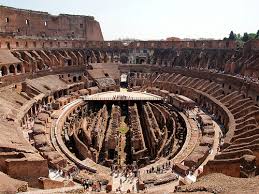 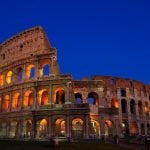 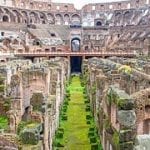 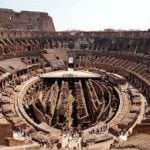 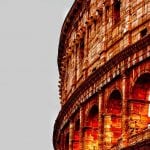 Called by the ancient Romans, “Anphitheatrum Flavlum” (Flavian Amphitheatre), the Colosseum is the most famous and impressive monument of ancient Rome, as well as the largest amphitheater in the world. The name is undoubtedly linked to the large size of the building but derives above all from the fact that nearby there was a colossal statue of Nero and bronze. In 1990, the Colosseum, along with all the historical center of Rome, the Vatican extraterritorial zones in Italy and the Basilica of St. Paul Outside the Walls, was listed as a World Heritage Site by UNESCO, while in July 2007 was included among the New seven Wonders of the World. The construction took place in the area occupied by the enormous house of Nero ‘s Domus Aurea , built after the great fire of Rome in 64, which was supposed to be a valley surrounded by the hills of Velia , Palatine, Celio , Opium , and Fagutale and was crossed by a stream that ran in the direction of the Tiber along a path that roughly follows the actual street of San Gregorio.