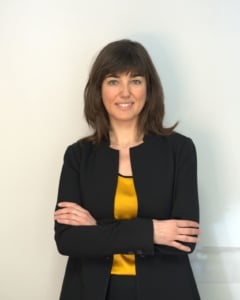 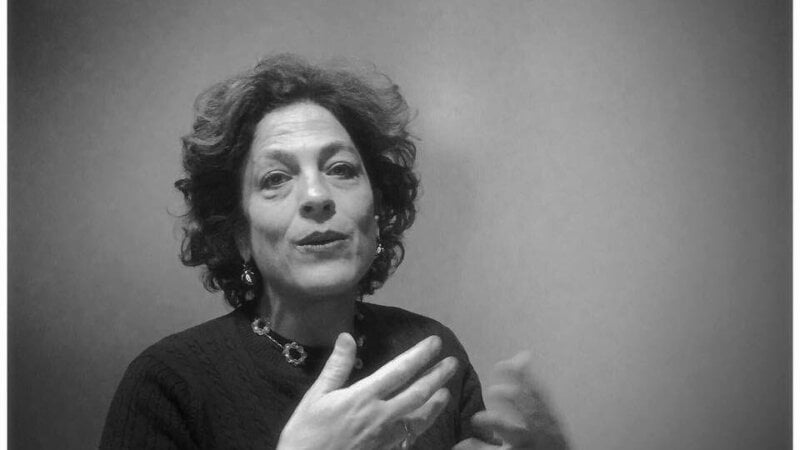 Jane’s focus on direct action comes from her training as an environmental scientist (MA, Oxford University, M. Phil. Imperial College London) and international experience as a consultant on sustainable development. She founded We are Here Venice to protect and preserve Venice and it's lagoon and especially to stop the big ships by coming inside Venice. Research investigations have covered climate change and wetland ecology plus methodological issues like indicators and valuation approaches and the integration of different branches of knowledge and/or levels of uncertainty to overcome complexity and characterize urgent issues. She is also very much into the cultural life and events in Venice always for a wake-up call in protecting Venice.

Ann Hepper, a nice Irish lady who has lived in Florence for a long time, has been making the most beautiful boxes in the city for years. The boxes she produces are made with hand-dyed papers and many are of English origin. In addition to a ready-made and assorted sample, you can take advantage of a tailor-made service: you can choose the shape, size and fantasy of the card. You can range from the simplest box to the multi-tiered jewelry box. All the creations of the skilful hands.

Guido Toschi’s Design reveals a passion for the Historic and the Exotic. Guido Toschi Marazzani Visconti's work being inspired by the Lists of medieval Jousting Events, other by the Luxury Pavilions of the 17th and 18th centuries, still more by the traditional tents of North Africa’s Berber People. Designing tents and pavilions in an ancient, exotic, faity-like style comes from combining our passion for old times and far away countries with the need of making solid products. Beautiful to loook at, and useful to live in. Art and Interior Decoration are an integral part of Guido Toschi’s work experience and passions in life. He loves to express his style and creativity in refined, comfortable and evocative projects. 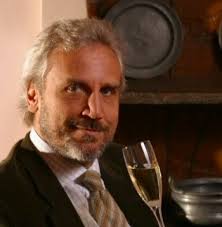 Successful entrepreneur, he moves from the family business worldwide known as Gancia in the wine sector to food made in Italy. Managing Co-Owner Lentini Production Srl-Lentini Autentica Tradizione Italiana -Turin Italy-Handmade Gourmet Frozen Pizza and Food to make a success with a new challenge. 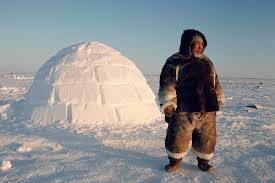 The Museum of Egyptian Antiquities, known commonly as the Egyptian Museum, in Cairo, Egypt, is home to an extensive collection of ancient Egyptian antiquities. It has 120,000 items, with a representative amount on display, the remainder in storerooms. The Museo Egizio is world’s the oldest museum devoted entirely to ancient Egyptian culture. Discover the fundamental stages of its formation, from the creation of the collection to the present. In 1824, King Charles Felix acquired the material from the Drovetti collection (5,268 pieces, including 100 statues, 170 papyri, stelae, mummies, and other items), that the French General Consul, Bernardino Drovetti, had built during his stay in Egypt. In the same year, Jean-François Champollion used the huge Turin collection of papyri to test his breakthroughs in deciphering the hieroglyphic writing. The time Champollion spent in Turin studying the texts is also the origin of a legend about the mysterious disappearance of the "Papiro Regio", that was only later found and of which some portions are still unavailable. In 1950 a parapsychologist was contacted to pinpoint them, to no avail.

Alfonso Orombelli is an artist, craftsman and decorator of the highest level, in business since 1987. He has worked in every part of the world with projects of various sizes but always of extremely sophisticated taste. Quality, creativity and refined aesthetics are the distinctive features of his business. 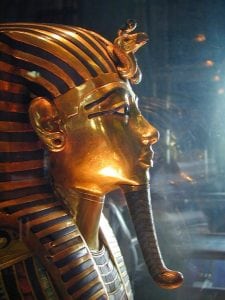 Tutankhamun's mask, or funerary mask of Tutankhamun, is the death mask of the 18th-dynasty ancient Egyptian Pharaoh Tutankhamun. It was discovered by Howard Carter in 1925 in tomb KV62 and is now housed in the Egyptian Museum in Cairo. The mask is one of the best-known works of art in the world. Bearing the likeness of Osiris, Egyptian god of the afterlife, it is 54 centimetres (1.8 ft) tall, weighs over 10 kilograms (22 lb) or 321.5 Troy Ounces, and is decorated with semi-precious stones. An ancient spell from the Book of the Dead is inscribed in hieroglyphs on the mask's shoulders. The mask had to be restored in 2015 after its 2.5-kilogram (5.5 lb) plaited beard fell off and was hastily glued back on by museum workers. According to Egyptologist Nicholas Reeves, the mask is "not only the quintessential image from Tutankhamun's tomb, it is perhaps the best-known object from ancient Egypt itself

Among the rolling hills of Recanati, the Agriturismo Raggio Verde, ideal for spending pleasant holidays in the Marche region. The farmhouse, completely renovated, obtained from an old farmhouse, offers a synthesis of the Marche's motifs: nature, tranquility, marvelous scenery, history, and culture. The Agriturismo Raggioverde is located on top of a hill and looks directly towards the historic center of Recanati (just 5 km), offering a "postcard" view. 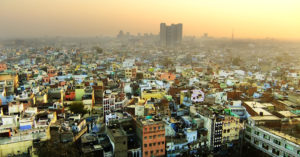 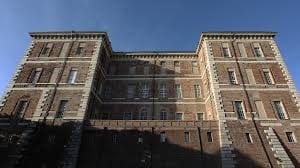 Just outside the city, at the entrance of the Val di Susa, stands the Castello di Rivoli and it's Museo d’arte Contemporanea Castello di Rivoli. It offers the visitor a rich collection that documents the latest artistic trends with works by masters such as Sol Lewitt and Richard Long, protagonists of Arte Povera such as Michelangelo Pistoletto, Transavanguardia, artists like Maurizio Cattelan and Vanessa Beecroft to get to the latest generations.

The collections Goddess Dea Capri Sandals Style consist of jeweled sandals, classic Capri sandals leather sandals and dresses. All creations are made entirely by hand and tailored with a manufacturing process that has always the cobbler artisans of Capri island are passed down from generation to generation in accordance with a specific specification. 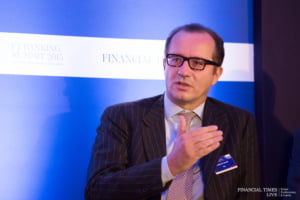 Luigi de Vecchi is currently the Chairman of Continental Europe for Corporate and Investment Banking in Citi. He has been a Managing Director of Credit Suisse since 2004. Prior to joining Citi, he was Co- Head of Global Investment Banking at Credit Suisse and a Managing Director at Goldman Sachs and Kleinwort Benson. Professor of Finance and member of the Advisory Board of the LUISS University in Rome and Board Member of Calarts in LA. He is also a member of the Board of Director of Save the Children Italy. Luigi is a mentor and gives his wide experience also in helping Associations that have a social impact. He is the father of three and a enjoys nature, friends company and sailing. 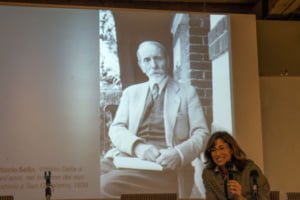 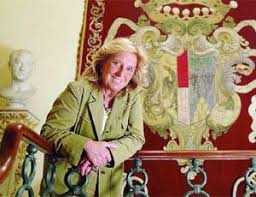 Sibilla della Gherardesca, sister of Gaddo and Manfredi, a strong, dynamic woman, with no hair on her tongue, proud and Tuscan. One of the Gherardesca in all respects. She raised Pitti images and is president of Fai. She loves to relax in his home, the Castle of Castagneto Carducci, a pleasant place resting just above the historic village. But she does not renounce to fight against the ugliness of which the territory boasts, because she serves respect and good taste, values now lost. Florentine by birth, since she was a child she is divided between the city of Medici and the Maremma that the whole family carries in her heart.

The princess Giorgiana Corsini takes refuge to work, almost without the knowledge of who goes to the palace: she moves the edges with the looseness of an elf, with the energy of a Piedmontese soldier. She created Artigianato e Palazzo, she was president of Friends of the Countryside. The aim of these activities is the preservation of the territories, the houses, and villas of the villas, the effort to reapply the owners, helping laws, taxes, costs, to make the restorations to try everything to go ahead these chaps.

For 700 years the Frescobaldi family has combined tradition, experience and innovation with creativity and the pursuit of excellence. The family has always looked to develop and celebrate the diversity of Tuscany’s terroir. Being proud owners of some of the greatest vineyards in this region they have always sought to maintain the identity and autonomy of each property. FRESCOBALDI represents the true diversity of Tuscany and its six estates, are all located in the most suitable areas for the production of fine wines. Donna Bona Frescobaldi is the continuation of all this with charme, intelligence and care for the traditions and art. 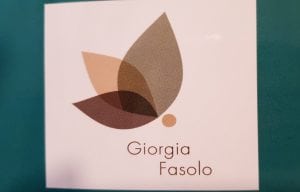 Dr. Osteopata, expert in Kinesiology and operator Manual lymphatic drainage with the Vodder method, Giorgia  Fasolo combines professionalism with love for her work, the results are evident from the first, sometimes unique, session. It operates in Turin but also moves elsewhere.