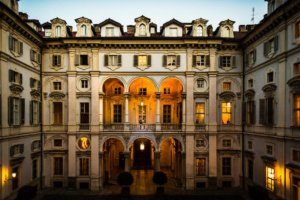 We welcome you to Palazzo Saluzzo di Paesana, the largest and most complex noble palace in the city, built by Gian Giacomo Plantery between 1715 and 1722 on behalf of the Marquis Baldassarre Saluzzo di Paesana. The main apartment of the Saluzzo located on the main floor of the palace, which still preserves eighteenth-century furnishings and decorations among which the frescoed vaults and over-doors by Domenico Guidobono stand out, was intended by the current property as a space for private, corporate and cultural events , in the same spirit of the Saluzzo di Paesana family, who already at the time explored the avant-garde even outside the moral codes imposed by the eighteenth-century noble label. 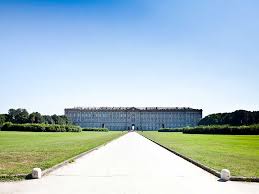 The Royal Palace of Caserta is a former royal residence in Caserta, southern Italy, constructed by the House of Bourbon-Two Sicilies as their main residence as kings of Naples. It is one of the largest palaces erected in Europe during the 18th century. In 1997, the palace was designated a UNESCO World Heritage Site; its nomination described it as "the swan song of the spectacular art of the Baroque, from which it adopted all the features needed to create the illusions of multidirectional space". In terms of volume, the Royal Palace of Caserta is one of the largest royal residences in the world with over 1 million m³ and covering an area of 47,000 m². The construction of the palace was begun in 1752 for Charles VII of Naples (Charles III of Spain), who worked closely with his architect, Luigi Vanvitelli. The palace has 5 floors, 1,200 rooms, including two dozen state apartments, a large library, and a theatre modelled after the Teatro San Carlo of Naples. The garden, a typical example of baroque extension of formal vistas, stretches for 120 ha, partly on hilly terrain. It is also inspired by the park of Versailles. 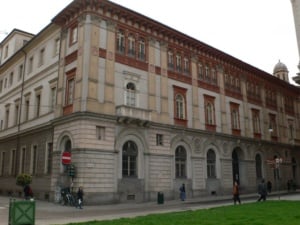 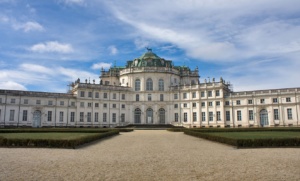