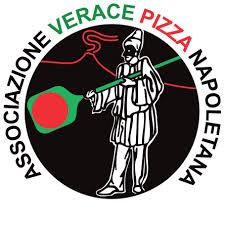 The Verace Pizza Napoletana Association (AVPN) was founded in 1984, under the patronage of the Chamber of Commerce, Industry, and Crafts of Naples. The old Neapolitan pizza masters, decided to set up an association, with so much disciplinary and implementing regulation, for the defense and enhancement of pizza, produced and processed according to the ancient Neapolitan traditions and customs. In 1984, Antonio Pace the son of Vincenzo Pace who has been working at the bakery since he was 10, decided to write precise rules for preparing and processing "veracious" pizzas, using, for the codification of the rules and regulations, the help and experience of the old Neapolitan pizza masters. Much work has led to the recognition of pizza as a UNESCO World Heritage Site in 2017. 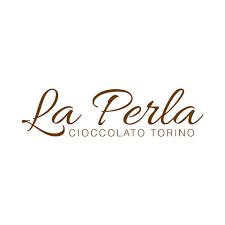 La Perla di Torino links its name to the Piedmont sweet tradition, celebrating quality chocolate in one of the most beloved historical expressions in the MOLE building city: chocolate truffles. With the first 3 creations La Perla Nera, La Perla Bianca and the dark chocolate truffle Extreme, today iconic products, the founder of the artisanal laboratory Sergio Arzilli wanted to celebrate Torino, its adoptive city. He started a path oriented in valorizing traditional chocolate truffle and inventive creations, that in over 25 years of activity conquered the attention – and the palate – of Italian and international gourmands. Sergio Arzilli’s history is a story of success born from a glitch: being diagnosed gluten intolerant, at 38 years old realizes that he cannot continue to work as a pastry chef in the family patisserie. With the intention of not leaving this background experience, he decided to deepen the chocolate world, transforming his curiosity in a continuous exploration itinerary. His passion for good chocolate, transmitted to his daughter Valentina that today, next to him, leads the company, can be translated in high standard of excellence in La Perla di Torino’s laboratory. Each chocolate truffle and each recipe are prepared, today as before, with high quality ingredients and with process that respect the raw materials, to glorify perfumes and flavours. 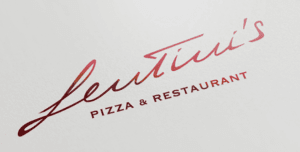 Lentini's high-quality Restaurants have their roots the day Alfonso Lentini descended from the train that took him to Turin from his home in Calabria, in 1953 at the age of 14. He was welcomed by aunt Gina, who taught him the spirit of sacrifice and the first foundation to become a future fruit merchant. From that moment on, the story of the Lentini family began in the world of agro-food which brought Nicola, the first-born son, to follow his father's footsteps. First, as a fruit merchant and subsequently, as an entrepreneur in the food business. Since Nicola opened his first restaurant in Turin, he discovered a certainty: the quality and origin of our raw materials are fundamental for an excellent final result. For this reason, he personally follows each and every one of the producers of the ingredients that I use. Only Italian, genuine, traceable and high-quality products. Lentini's restaurants, starting from Germany, are now opening around the world. We can also find high-quality frozen Lentini's pizza. 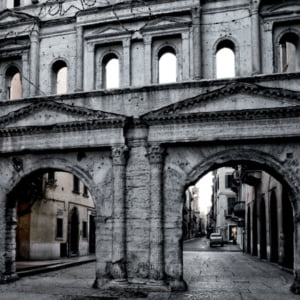 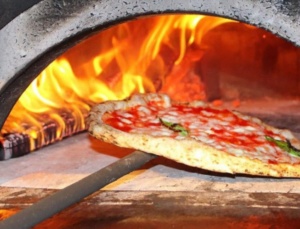 Pizza is a savory dish of Italian origin, consisting of a usually round, flattened base of leavened wheat-based dough topped with tomatoes, cheese, and various other ingredients (anchovies, olives, meat, etc.) baked at a high temperature, traditionally in a wood-fired oven. The term pizza was first recorded in the 10th century in a Latin manuscript from the Southern Italian town of Gaeta in Lazio, on the border with Campania. The modern pizza was invented in Naples, and the dish and its variants have since become popular in many countries. It has become one of the most popular foods in the world and a common fast food item in Europe and North America, available at pizzerias (restaurants specializing in pizza), restaurants offering Mediterranean cuisine, and via pizza delivery. Many companies sell ready-baked frozen pizzas to be reheated in an ordinary home oven. The Associazione Verace Pizza Napoletana (lit. True Neapolitan Pizza Association) is a non-profit organization founded in 1984 with headquarters in Naples that aims to promote traditional Neapolitan pizza. In 2009, upon Italy's request, Neapolitan pizza was registered with the European Union as a Traditional Speciality Guaranteed dish, and in 2017 the art of its making was included on UNESCO's list of intangible cultural heritage 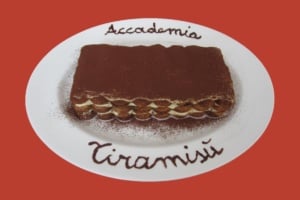 Tiramisu is a traditional sweet and food product spread throughout the Italian territory, whose origins are debated and are attributed above all to Veneto and Friuli-Venezia Giulia. It is a spoon dessert made from ladyfingers (or other crumbly biscuits) soaked in coffee and covered with a cream, composed of mascarpone, eggs, and sugar, which in some variations is flavored with liqueur. Tiramisu is among the most loved desserts by Italians, the most requested by foreigners in Italy and has an unchallenged reputation in the world. The Accademia ofTiramisù is a cultural and food and wine association, inspired by the principles of historical, cultural and gastronomic information. Its aim is to disseminate the true geographic origins and the authentic ingredients for the traditional recipe.